We have a sixth sense. All of us. And it is not the ability we saw in the famous movie with the little guy telling Bruce Willis “I see dead people“. It is the ability to understand and work with numbers. Numerosity is our sixth sense and there is a specific brain region that ‘hosts’ this ability. The results of the study conducted by researchers of Utrecht University in the Netherlands argue that the importance of this ability and the “space” it occupies in our brains are analogous to the other known five senses.

Numerosity as a sense has nothing to do with END_OF_DOCUMENT_TOKEN_TO_BE_REPLACED

Almost every one of us has ever experienced a strange feeling that something has changed around, but it is impossible to understand what it is. All attempts to find the reason to rationalize what has happened fail.

The “sixth sense” is one of the favorite themes in pop culture: movies are filmed, books are written about it… A group of psychologists of the University of Melbourne decided to set up an experiment to find out what really lies behind the sixth sense and whether it is possible to find a rational explanation for it.

Participants were shown two pictures of the same person. Each image remained on the screen for 1.5 seconds, while there was a END_OF_DOCUMENT_TOKEN_TO_BE_REPLACED

Back in the XX century, the researchers noticed a strange pattern: the most frequently occurring disasters and accidents with the planes and trains take place when they are filled with passengers half of their capacity, while the safe trips are sent en route with at least 76% of the passengers present.

This mysterious finding can be explained only by the existence of intuition. Life expectancy and its quality directly correlate with the “sixth” sense. But why isn’t this gift uniformly distributed among people?

Intuitive knowledge can actively influence a person’s life: on many occasions, the intuition saved someone’s life (in fact, there was someone who had not booked tickets to the advertised as “absolutely safe” “Titanic” vessel). There are many examples when intuition helped people to get wealthier. An experienced entrepreneur sometimes will get a gut feeling to discern a hidden catch in the behavior of potential partners. END_OF_DOCUMENT_TOKEN_TO_BE_REPLACED

Scientists of the Duke University in North Carolina claim to have developed a “sixth sense” by using a special implant in the brain of experimental animals.

Lead researcher Miguel Nicolelis said that the results of the experiment led them to important conclusions and paved the way for a new set of prosthetic devices that can be controlled by the brain and may give us an opportunity to understand and “see” the infrared range of the electromagnetic radiation.

Lab mice were induced with infrared sensors, which were adapted to the area of the brain that is responsible for sensing information related to the touch. Therefore, once the animals perceived the infrared radiation, the brain interpreted it as “tactile stimulation”, resulting in the fact that mice did not see the beam, but could feel it, shaking the nose and scratching their fur. END_OF_DOCUMENT_TOKEN_TO_BE_REPLACED

Lab rats gained a “sixth sense” via brain implant that allowed them to “touch” the infrared light, according to data published in the journal Nature Communications.

Seeing in the infrared spectrum

Team of researchers at Duke University in North Carolina, led by Dr. Miguel Nicolelis, announced during the annual conference of the American Association for the Advancement of Science in Boston that this new breakthrough opens the way for a new generation of prosthetic devices that are controlled by the brain and in the future will probably give people the ability to “see” in the infrared spectrum of electromagnetic radiation. END_OF_DOCUMENT_TOKEN_TO_BE_REPLACED

Empirical evidence gives us a choice of what to believe, but even when we do not have solid evidence to support the existence of something, we tend to “expand” our faith in certain things. Below you will find Top 10 things we believe in despite the lack of verifiable evidence of their existence.

Cryptids are creatures whose existence has not been proven by science, such as Loch Ness monster or Bigfoot. There are uncountable amateur photos and eyewitness observations that make us believe in the existence of these creatures, even if their presence on Earth is not officially recognized. Until any cryptid is captured, they will remain mystical creatures without evidence of their existence. END_OF_DOCUMENT_TOKEN_TO_BE_REPLACED 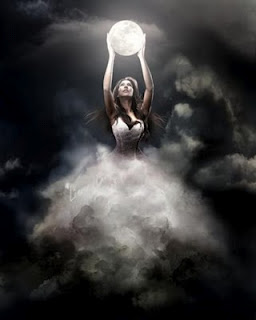 Sometimes metaphysics is described as “physics of tomorrow”. Many of the phenomena studied by metaphysics resemble a fantasy movie script, but maybe in the future they will become everyday and ordinary.

In an interview published on the otherside.gr, Nicholas Koumartzis, member of the Greek Community of Metaphysical Journalism and PhD candidate at the Aristotle University of Thessaloniki, Greece, speaks of the most well-known and mysterious metaphysical phenomena: END_OF_DOCUMENT_TOKEN_TO_BE_REPLACED

Researchers at the Medical School of the University of Massachusetts, led by neuroscience and neurobiology professor Steven Reppert, who published their study in the journal Nature communications, according to the BBC and The New York Times, discovered that a protein in the retina of the human eye can perceive magnetic fields.

The unexpected discovery opens once again a neglected chapter of the biology of consciousness that has to do with the so-called “magnetic sense”. In all the animals of our planet, the photosensitive chemical reactions involve an ancient protein END_OF_DOCUMENT_TOKEN_TO_BE_REPLACED

The third eye is essentially a “blind” pituitary gland (or, to put into simple words, an autonomous “tube” that has neither the beginning nor the end) which is located at the base of our brain and, according to medical science, has no reason to exist. That is to say, it is something that the science has not yet found a role for. END_OF_DOCUMENT_TOKEN_TO_BE_REPLACED

According to a neuroscientist from Sydney, the phenomenon of sixth sense exists in a form of interaction between people.

After five years of follow-up study of the brain activity, Trisha Stratford from the University of Technology, Sydney concluded that two people can “synchronize” the functions of their nervous system without having any visual or physical contact. She tried to explain scientifically what happens when two people’s brains interact, which happens even when we fall in love! END_OF_DOCUMENT_TOKEN_TO_BE_REPLACED 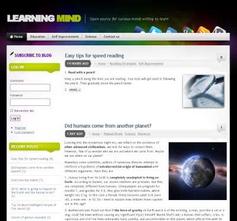